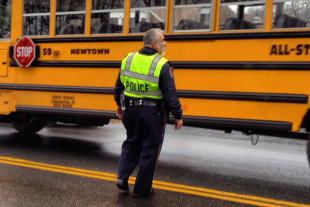 A majority of Americans say they want stricter gun laws, including a ban on assault weapons and tougher background checks, a new poll released Wednesday shows.

The poll also found 43 percent of gun owners believe that the laws covering gun sales should be stricter, and nearly 9 in 10 Americans (87 percent) support background checks for private gun sales and sales at gun shows.

The poll results came a day after the National Rifle Association released a 225-page report calling for armed security or staff members in every American school in response to the Dec. 14 massacre at Sandy Hook Elementary School in Newtown, Conn.

On Monday, parents of the victims in the Newtown school shootings made an emotional plea to Connecticut lawmakers, urging them to adopt a "complete limit" on high-capacity ammunition magazines. State lawmakers then announced a deal that includes a ban on new high-capacity magazines, but not an outright ban on existing magazines that carry 10 or more bullets.