Ronda Rousey and winner of Miesha Tate/Cat Zingano to coach coed version of ?The Ultimate Fighter? 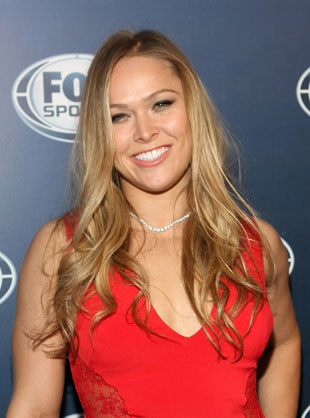 During the broadcast of UFC 158, UFC president Dana White announced that women's bantamweight champ Ronda Rousey and the winner of an upcoming bout between Cat Zingano and Miesha Tate will coach on the next season of "The Ultimate Fighter." The new UFC division made its debut just weeks ago at UFC 157, and this will be the first time women act as coaches on the show that helped launch the UFC to the company it is today.

White said the show will feature both male and female bantamweights who are trying to win a UFC contract. They will train together and live together in a house in Las Vegas. Tryouts for bantamweight hopefuls will take place on April 15 in Las Vegas.

The longtime staple of the UFC had faltered in ratings in recent seasons. However, the season currently airing, coached by UFC light heavyweight champion Jon Jones and his upcoming opponent Chael Sonnen, has injected new life into the show.

Adding women to the mix for the first time should continue to boost ratings. If Tate wins her Apr. 13 bout against Zingano, it will add bad blood between the coaches. Tate and Rousey fought for the Strikeforce bantamweight belt last March, and had plenty of animosity with each other before the bout.

But Rousey will be a draw no matter who she coaches against. She is known for her outspoken personality, and drew a ton of interest for her UFC debut in late February.